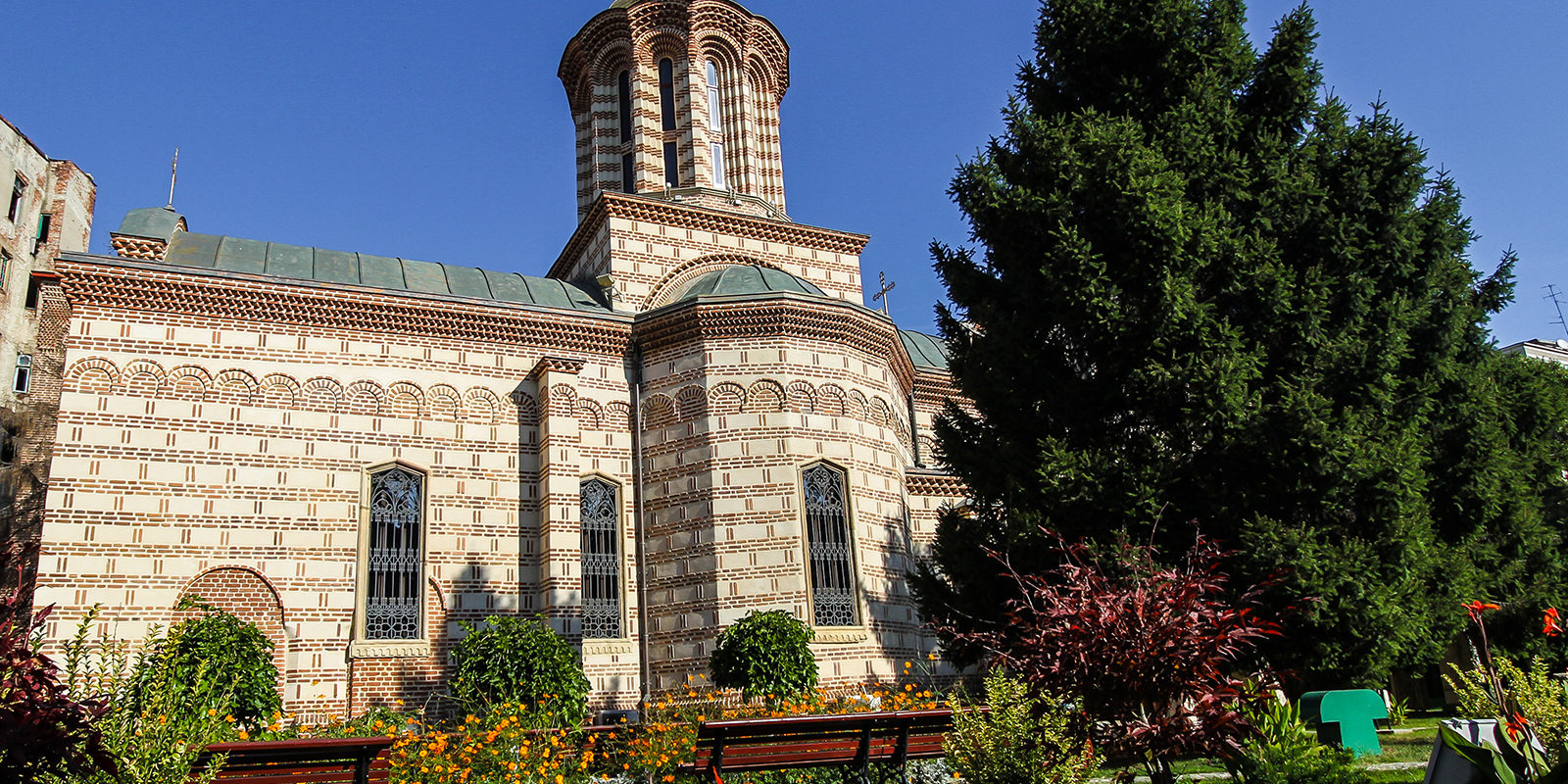 Mircea Ciobanul, who ruled Wallachia twice, between 1545-1554 and 1558-1559 respectively, built a church belonging to his princely residence. It is nowadays known as the Church of the Annunciation or St. Antony’s Church, the oldest church in Bucharest which preserved its original form.

Built on the place of a former wooden church which burnt up, restored after another fire in 1847, and over again in 1934, by the Commission of Historical Monuments, the church was conceived in the Wallachian architectural style of the 16th century it singles out by its harmony and balance of proportions.

The decoration of its façades is made of face brick stripes alternating with plaster stripes. At cornices, a series of small decorated niches and buttreses which support the outer walls remind one of the Moldavian style of architecture, a fact which may be associated with the influence exerted by Lady Chiajna, Mircea Ciobanul’s wife and daughter to Petru Rares..

St. Antony’s miracle working icon holds place of pride among the large silver icons of the church. It draws together many people, especially on Tuesday mornings, when the church often becomes too narrow to hold them all. Antony is a popular, benevolent saint, who, seemingly, has never failed to make a believer’s wish come true.

The church of the Old Princely Court was the coronation place of Wallachia’s ruling princes for almost three centuries (between the 2nd half of the 16th century and the 1st half of the 19th century). In this Romanian “Westminster Abbey”, Wallachian princes used to be “unctioned”, and receive God’s blessing during a solemn ceremony doubled by a popular feast. After the divine service and after having been entrusted with the princely crown, cloack, belt, handjar and sword, on their way out of the church, the newly assigned princely rulers would have to step on the fresh blood of two rams, which, according to an old tradition, would grant them courage and strength.

HOW TO GET THERE